Dear Reader, this is the first of a set of reviews on freely available materials pertaining to permaculture.

These reviews will be informative resources not only to TI-G’s ecological project near the Aburi hills but to any party interested in learning about permaculture.

This first review is about Geoff Lawton’s video on “Greening the Desert” in which he successfully applies permaculture techniques in the most dire climatic conditions imaginable. Watch it here.

Why Watch The Movie

Things to elaborate on or study more in the coming reviews:
-CONTOUR: non-linear designing of the soil.

In this 37 minutes documentary, Geoff Lawton demonstrates the flexibility of Permaculture. In this episode, he focuses on the adaptibility of the techniques for very dry areas and shows how it is possible to set up food forests, in the most dry areas. In this particular movie, he takes us through a project he carried out in Jordan. There is a set of follow up documentaries out now on a second effort regarding this very greening the desert experience. This review however is about the first video and the first successes.

In the Jordan Desert in 2001, Geoff Lawton conducted this Permaculture project and thus provided interested parties with further proof that it works in any climate.

The desert close to the Dead Sea is one of the hardest and driest areas one can imagine, there is hardly any rainfall and in August there are temperatures measured up to over 50° C. Besides, the high salt level in the soil represents a big disadvantage for agricultural production. In the beginning of the documentary the two different approaches to agriculture in Jordan are shown: monoculture agriculture vs. Permaculture. On one hand, in monoculture agriculture the viewer sees farming under plastic strips, massive pesticide spraying and synthetic fertilizer being utilized. This high water- and chemical-intensive large scale agriculture is not sustainable and destructive for the ecosystem. This leads to the shocking truth of brackish water, highly polluted rivers, and carbon trash – an enormous problem for our rural areas also at home in Ghana. Interestingly, one learns, that plastic trash is as big problem in the Jordan villages as it is in Accra. The trash is mostly burnt, which results in toxins in the air. Geoff Lawton draws a picture of a very dirty and sad state of present-day agriculture in Jordan.

On the other hand, there is Permaculture.

In the first five minutes of this video on his Jordan Desert proejct in 2001, Geoff Lawton gives a wonderful and insightful introduction to the practical fundamentals of Permaculture, which we would recommend to every beginner on this topic. In an animation, the viewer sees how best to use water in dry areas. It is done through working with organic trash and mulch that absorbs the humidity and enriches the soil quality incrementally. Additionally, nitrogen-fixing desert trees are planted uphill, which also produce shade against condensation. Then there are local production trees planted downhill: date palms (a long-term overstory tree), figs, pomegranates, guaves and citrus trees. It becomes clear that Permaculture is a way of looking at landscapes and plant uses in a multidimensional and multifunctional perspective.

In the beginning of the project, the soil was absolutely degraded and there was a complete deforestation. The soil, as shown in the video, was depleted, like powder and very unproductive. But only after four months into the project, fig trees around one meter tall stood on the site, something unseen in this kind of ecosystem. The investigation of the soil revealed that the salt-level had dropped enormously. For this development, the mulching procedure seems to have been an important factor. Mulch mineralizes the soil and improves soil quality. A short while later, even mushrooms/fungi were growing on the project site, a proof of high humidity within the soil and proof also of successful soil regeneration with the ground , and also little insects and creatures teeming in the soil. The soil became more and more lively over time. One wonders what an approach of this kind adapted to the tropical climate of our project in Accra’s periurban region could yield.

This project site was sustainably managed for three years and productive soil was created, then six years without management followed. The surprising fact was that even without anyone taking care of the Permaculture project, the perennial system expanded and continued on its own. Again it became quite evident: the input at the start of a Permaculture site is very important, then after a critical period, the design itself continues to produce good soil, mulch and humus – by itself. Man’s input would increase the fruitfulness of the endevor. 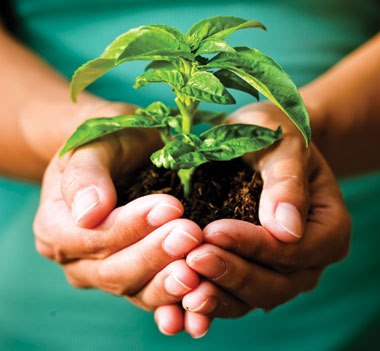 Permaculture is not yet known to most of the world, but these successful implementations like in the Jordan Desert are lighthouses of inspiration. They also serve to tackle insecurities about future ecological/agricultural problems. And as Geoff Lawton often says:

“ALL THE WORLD’S PROBLEMS CAN BE SOLVED IN A GARDEN”.

The second part of the documentary then goes more into the logistics around Permaculture and how to spread this knowledge throughout the world. It is crucial that the Permaculture projects are self-controlled, as the techniques of Permaculture are quite special and other actors unfamiliar with those techiques can easily mismanage the sites or use non-sustainable measures to intervene in what may in the beginning look and feel like a counter-intuitive project.

Next to the Jordan Desert project, a climate-adequate building was constructed and used for Permaculture education. In the case of our project in Ghana, such a building already exists on site and just as envisaged for our project, it is educational courses on Permaculture (and how to build food forests) that serve as the backbone to financing the site. In Jordan, students from all over the world participated in these trainings: China, England, Spain, Australia, Egypt, Bulgaria, Afghanistan and more.

In the movie, local Jordanian Permaculture practitioners who got their certification from one of the training courses also get to express their views. These people who witnessed the results first hand also confirm that Permaculture is an environment-friendly system that maintains soil and improves the the quality of plants and yield. The local Permaculturists are the multipliers who spread the Permaculture knowledge into the communities.

In the Jordanian context two important components to ensure production and soil improvement are: composting & mulching and (rain) water harvesting. Clearly, these approaches would generate much stronger benefits in Ghana’s tropical climate.

Two outstanding aspects of the movie are: 1. that the Permaculture department received assistance from the Jordanian official level and therefore had a measure of political influence and visibility. 2. the education courses were designed to also include women.

Bulawayo — There is always something to eat in Esinah Moyo’s one hectare plot.   In between rows of maize are indigenous […] 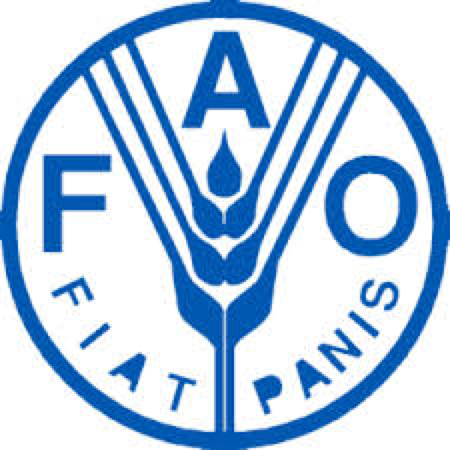 27.06.2014 Laureates of the Right Livelihood Award (RLA) have appealed to Heads of States of the African Union to start implementing the […]